Home/Uncategorized/Learn how to use apple cider vinegar along with other ingredients for fat burning! 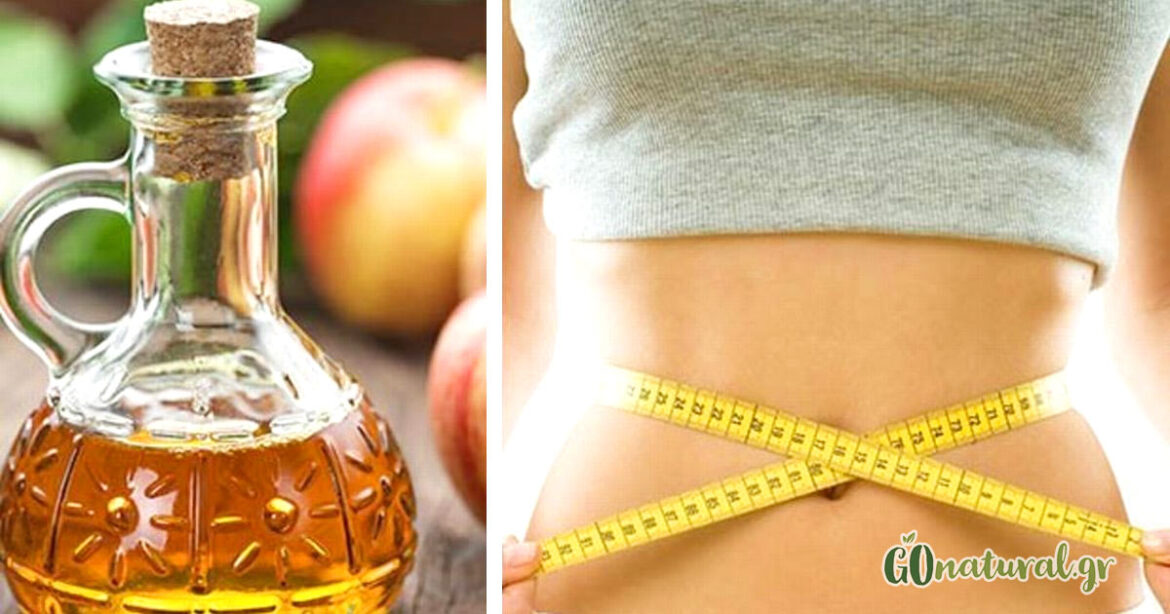 Science explains how to use apple cider vinegar , seaweed etc and other ingredients in combination for weight loss. Losing weight is not an easy task. It takes dedication and discipline to succeed.

Such a combination that can help you lose weight and has been proven to be used for many years and by professional athletes in their effort to slim we will present in this article .

The first ingredient that helps in weight loss is apple cider vinegar.

Until today this very special vinegar may not have been your choice, but it is definitely worth a try!

1. Apple cider vinegar brings a feeling of satiety and makes you feel full

A 2005 study ( 1 ) published in the European Journal of Clinical Nutrition found that patients who ate white bread soaked in apple cider vinegar felt fuller than the control group who ate plain bread. Saturation was measured by subjective estimation.

The higher the blood sugar, the more likely one is to crave sweets and other fatty foods. Low-sugar and low-carbohydrate meals provide the body with a steady supply of energy as it takes time to convert to glucose. This is what your body prefers, as your blood sugar levels are kept in balance.

High-sugar snacks are quickly metabolized by providing a sudden boost of energy. When blood glucose levels rise rapidly, your body craves more sweets. This is why the craving for sugar is a vicious circle.

In another study ( 3 ), dietary acetic acid in apple cider vinegar was shown to lower total cholesterol and triacylglycerol in the blood. This is done by inhibiting lipogenesis (converting energy into fat) in the liver and increasing the secretion of bile waste.

4. The effects of apple cider vinegar on insulin receptors

Insulin affects the digestion of dietary fat and the way it is used in the body. It also affects the way fat is stored. 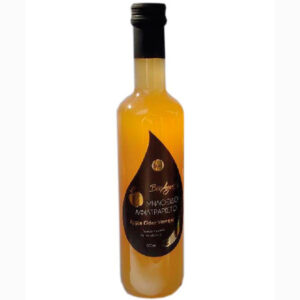 Apple cider vinegar is the type of vinegar produced from apples and is a popular home remedy. People have been using it for centuries in cooking and medicine.

Cider vinegar has various health properties, such as antimicrobial and antioxidant effects. In addition, evidence suggests that it may offer health benefits, such as enhancing weight loss, lowering cholesterol, lowering blood sugar levels, and improving the symptoms of diabetes.

If insulin levels are high, then lipases (fat-breaking enzymes) are especially active. If levels are low, lipases are inactive ( 4 ). In the latter case, the fatty acids are converted into fat molecules and stored as fat droplets under the skin.

Apple cider vinegar absorbs toxins in the digestive system and helps remove them. It also prevents toxic accumulation by regulating bowel movements. When your body can eliminate toxins effectively, other processes, such as metabolism and digestion, become easier to manage.

6. Apple cider vinegar reduces the circumference of fat and waist in the abdomen

A study published in 2009 found that obese people who consumed between 15ml and 30ml of apple cider vinegar diluted in 500ml of water daily for 12 weeks experienced reduced fat in the abdomen, waist area, lower blood triglycerides and weight loss ( 6 ):

How to include apple cider vinegar in your diet

Always choose an organic, raw and unfiltered vinegar that has turbid deposits in the bottle like the ones we have in our online store from the Koumoutsis estates and the bio market . 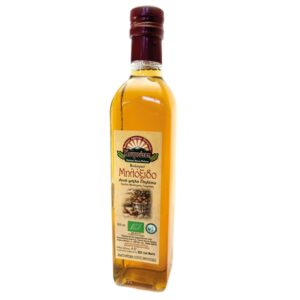 Apple cider vinegar is the vinegar produced from apple. It is one of the most delicious and aromatic varieties of vinegar. It is rich in vitamin A, B-carotene and C, contains 30 amino acids, 12 enzymes, phosphorus, magnesium, manganese, iron, calcium, potassium, sodium, fluorine, boron, flavonoids, tannins, and polyphenols. It is one of the most complete natural products acting as an ally in maintaining a healthy body.

Start by adding 1 teaspoon of apple cider vinegar to a cup of water and drink it once a day. Increase the amount over time. Eventually, you should get to the point of consuming 2 tablespoons of apple cider vinegar in a cup of water and drinking it 1-3 times a day. Take it one hour before meals as well as in the morning to activate your metabolism.

You can also use apple cider vinegar as a salad dressing and as a flavoring in your cooking. Incorporating some turmeric into your dishes will also increase your body’s ability to lose weight.

For a more targeted action of slimming, fat burning and boosting the metabolism , the natural supplement in which apple cider vinegar is combined with other natural ingredients is ideal., such as algae kelp, lecithin and vitamin B6 resulting in enhances its action and see faster and more efficient fat burning .

The herbal supplement is our first choice and in the continuation of the article we will see in detail how the ingredients contained in this supplement mentioned above can contribute and enhance the action of apple cider vinegar.

When you think of seaweed, do you think of the sushi wrapped in such leaves? Kelp leaves , a large family of algae, are rich in benefits that it is good to have in some way in our diet, even as a supplement.

Seaweed grows in shallow ocean meadows (in areas called algae forests). The properties of these algae include boosting metabolism until hormones are balanced.

Kelp is not just a nutritious food that is low in fat and calories. Some studies have shown that it can also have a strong effect on weight loss and obesity. The natural alginate fiber found in the leaf acts as a fat inhibitor, stopping the absorption of fat in the intestine. Kelp is also a fantastic source of vitamins and nutrients such as vitamin K, vitamin A, calcium, iron, magnesium .

But what really excels about this marine superfood is its content iodine . In fact, it is one of the best natural sources of iodine (7 ) that exists, giving it ability to balance hormones . Iodine plays a key role in production thyroid hormones, in the management of metabolism and in the support of the female body in a healthy pregnancy . On the other hand, an iodine deficiency can play a role in diseases and disorders (8 ) such as polycystic ovary disease, prostate disorders, thyroid disease, autoimmune diseases, and even diabetes. Since diet is the sole source of iodine in the human body, it is important to pay attention to foods high in iodine.

High levels of antioxidants not only fight free radicals, but can help people with diabetes ( 9 ) and act as powerful anti-inflammatory agents .

How can lecithin help you lose weight?

Lecithin is a natural, fatty substance found in foods such as egg yolks, soy, red meat, seafood, whole grains, cooked green vegetables, such as Brussels sprouts. In humans, lecithin is naturally produced in the liver.

Lecithin is sometimes referred to as phosphatidylcholine , but the two are not chemically identical. Phosphatidylcholine is a component of lecithin and a precursor of the choline it produces. While related, all of these substances are different.

There are lecithin supplements that help treat a variety of health conditions and symptoms, including high cholesterol and dementia .

In food, lecithin works as fat emulsifier . This means that it breaks down and disperses fats and oils evenly, which keeps the food mixed evenly and smoothly in texture. For this reason Lecithin can support the rapid metabolism of lipids and the breakdown of fat during digestion .

Lecithin can break down fat into small molecules, which can then be converted to fatty acids that the body easily burns as energy. Choline , a small component of lecithin, can have weight loss benefits . Lecithin consists of about 3% choline.

A 2014 study of 22 participants found that choline supplements reduced body mass in female athletes who used it to achieve rapid weight loss ( 10 ). Phosphatidylcholine , a component of lecithin, is broken down into choline in the body.

The role of vitamin B6 in metabolism and digestion

Vitamin B6 is also called pyridoxine and like vitamin B12 it is a water soluble vitamin. It occurs in a variety of forms, most of which are active within the body.

Vitamin B6 is essential for the breakdown and use of protein molecules (amino acids) and also for the synthesis of glucose in the body. It also helps break down fats.

It is also necessary for the metabolism of red blood cells . The nervous and immune systems need vitamin B6 to function effectively, and it is also required for the conversion of tryptophan (amino acid) to niacin (vitamin).

The immune response is a broad term that describes a variety of biochemical changes that occur in an effort to fight infections. Calories, proteins, vitamins and minerals are important for your immune system, because they promote the growth of white blood cells that directly fight infections.

Vitamin B6, through its involvement in protein metabolism and cell growth, is important for the immune system. Helps maintain the health of the lymph nodes (thymus gland, spleen and lymph nodes) that make up your white blood cells.

Animal studies show that vitamin B6 deficiency may reduce the production of antibodies and suppress the immune response.

Vitamin B6 also helps keep your blood glucose (sugar) within normal limits . When your calorie intake is low, your body needs vitamin B6 to convert stored carbohydrates or other nutrients into glucose to maintain normal blood sugar levels.

As mentioned above, these four ingredients, apple cider vinegar, seaweed kelp, lecithin and vitamin B6, when combined give the best results to boost metabolism and burn fat .

We recommend the natural Trim-it supplement by Natures Aid , apple cider vinegar is the main ingredient of this preparation. It is also suitable for those who are intolerant of the sour taste enriched with the other selected nutrients.

The natural supplement Trim It combines apple cider vinegar with lecithin, seaweed and vitamin B6 in one easy capsule easy to swallow. This supplement can play an important role in burning fat and can help with other conditions, including supporting a normal energy-producing metabolism, regulating hormonal activity, and even reducing fatigue and tiredness. 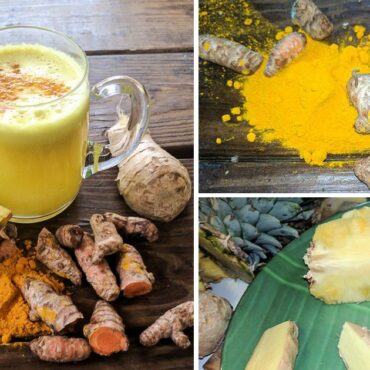 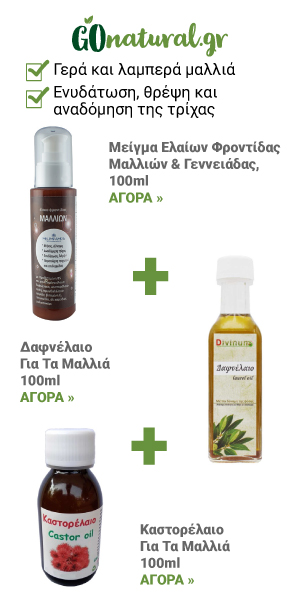 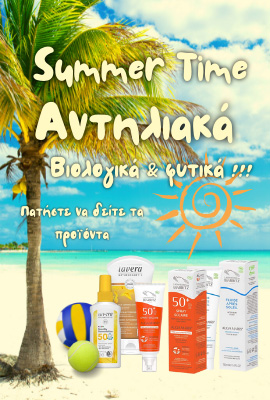